We get more questions about Victrola and Crosley (a similar brand) turntables not working than all other brands combined.

The most common issue is a Victrola suitcase turntable skipping.

A Victrola record player not turning on is second.

Luckily, the problem is usually easy to fix.

Keep reading for help in figuring out the issue, and fixing it. In all likelihood, you will find the solution to your Victrola turntable not powering on below.

Why Is My Victrola Record Player Not Turning On?

If your Victrola record player is not turning on, the fix is usually something simple. You’ll want to begin by checking the outlets and power supply, and then the fuses. After that, start looking at the unit itself.

That’s exactly the order of our troubleshooting steps below. Start from the beginning and work your way down. Hopefully, you will have identified, and fixed, the issue by the time you get to the end. As mentioned, often the problem is something simple, which is why we will begin with the easiest fixes first and work our way up. Check each of the troubleshooting steps below and work your way through them, until you find the reason for your Victrola record player not turning on.

Sometimes the most obvious thing is the culprit of the problem. If your Victrola turntable won’t power on, make sure to check the power supply.

These units have a specially dedicated power supply that converts AC power to DC power by using a small power converter that plugs into a standard wall outlet.

These are sometimes called wall warts because they are big and awkward when plugged in. The Victrola comes with a special DC power supply that supplies the correct voltage to the power system of your turntable.

Because they are heavy and awkward, they can often shake loose and become unplugged, while still appearing to be plugged in.

No Power At Wall Outlet Some homes and businesses have dead outlets that people have never gotten around to getting fixed. I know there are two in my house that just don’t work, and we never bothered to fix them since there are so many more that we can use.

Each power outlet eventually goes to your power box outside your house that has a breaker attached to it. If the power outlet got overloaded, it could trip the breaker and that outlet will no longer work until the breaker is flipped back.

Some older homes have fuses in the breaker box, so it is also possible the outlet you are trying to use is going to a fuse that has blown.

Certain power outlets may be wired to a wall switch to be used for lamps or other lights. This is common with outlets near doors or bedsides. The switch that controls the outlet is not always the obvious one you think should control it. 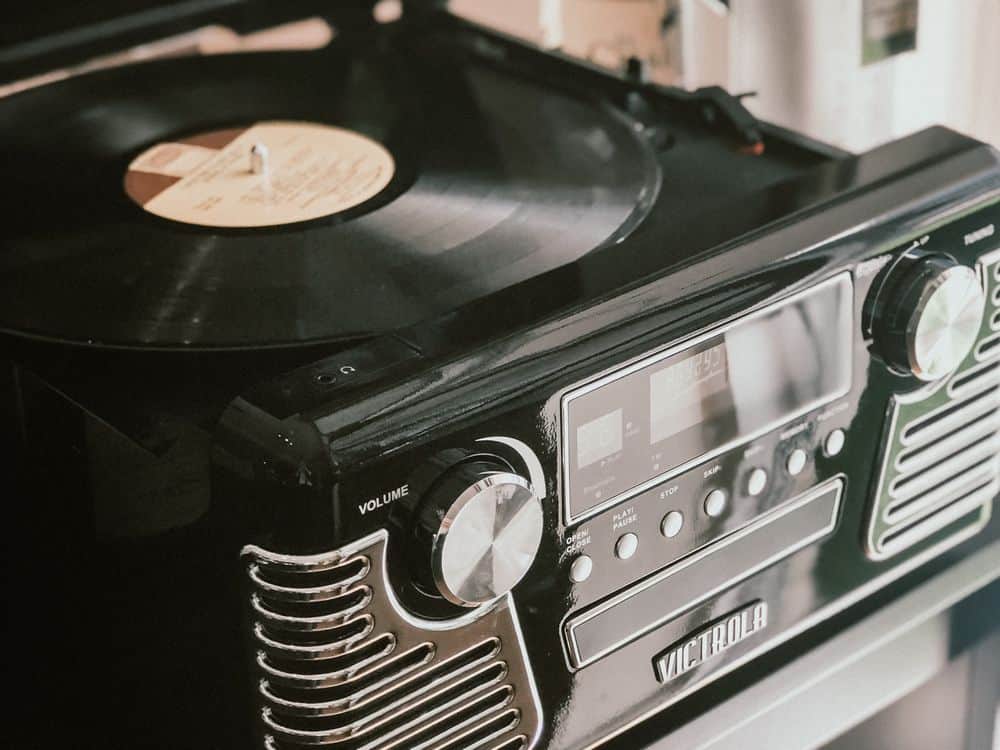 If the fuse is blown, there is a short in the circuit and the power will not flow from the power adapter to the unit’s power circuit.

Not all Victrolas have fuses but the Victrola VSC-550BT suitcase turntable does, and that is the most common unit to experience the problem of not turning on.

Inspect The Fuse For Breakage

Check your user manual (you can find them online, if you no longer have yours) and locate where the fuse is housed on your particular Victrola. Make sure your unit is unplugged before you start messing with the fuse and unscrewing things.

Find the fuse and unscrew the plastic cover and pull it out. You can look at the fuse and see if the small filament inside is broken. If you can see it’s broken, then that is your issue.

If your eyes are not great you can usually see some darkness on the inside of the glass fuse, even if you can’t see the tiny filament.

Inspect The Fuse For Voltage

Your manual will tell you what voltage your fuse needs to be. If you look at your fuse and it is not blown, check the voltage. Usually, the voltage will be engraved on the metal contacts on either end of the fuse.

If the voltage you see does not match the manual’s recommended voltage, then you have the wrong fuse in your unit. You need to replace it with the right one. The motors on these units do eventually burn out. Since they are so poorly made and use such cheap plastic parts, something else usually breaks before the motor. However, if you tried everything else, there is a chance that your motor could be dead.

It is fairly rare for this to be the issue, unless you have been playing lots of heavy old 78 rpm shellac records, which are hard on these cheap little weak motors.

If your motor is burned out there is no point in fixing it. It will cost too much. Just buy a new record player, hopefully, one that is well made and lasts longer and sounds good, and not a pretend player like a Victrola or Crosley.

This is generally even true for the somewhat more expensive models, like the Navigator 8 In 1 Stereo System, although even that one is still crazy cheap.

If none of the issues above were the reason for your Victrola turntable not powering on, I have some bad news for you. You’ll need to get a new one.

Yes, you could have a professional take a look at it, but why bother? That would likely cost more than the cost to buy the turntable in the first place. You’re better off just buying a new one.

However, I would advise against getting another Victrola turntable. Yes, they do have some advantages, mainly the low price, but they are also cheaply made.

Given the high cost of vinyl records these days, it makes no sense to play them on such a cheap player. And you don’t want to find yourself back here in a few months asking “Why won’t my victrola record player turn on?” all over again.

Instead, save up a few hundred dollars and get one of the best record players aimed at the entry level market. Some of my favorites are the Audio Technica LP60 (review here) or the House of Marley Stir It Up turntable (review here).

Usually, if you have a Victrola record player not powering one, the problem is something simple. That’s why you should start from the beginning of this article and work your way down. Hopefully, you will have found the issue by the time you get to the end.

As mentioned, if nothing above has helped, you will probably have to replace your turntable. You could get another Victrola record player, but you would be much better off spending a bit more and getting a decent machine that will work without issues. It will sound far, far better, too!