“You need a belt drive turntable. Direct drive is crap!”

“What? Direct is much more precise. And it doesn’t break!”

Even if you haven’t gotten in the middle of one of these arguments, those lines should give you an idea of how strong people’s opinions can be.

Most have a clear preference and will never consider the alternative.

But why is that? And what exactly is a direct drive turntable anyway? And how does it differ from a belt drive.

We’ll cover everything you need to know below.

What Is A Direct Drive Turntable?

A direct drive turntable is a record player where the platter is attached directly to the motor, with no belt in between them. The alternative to a direct drive is a belt drive. These types of turntables work essentially the same as their belt drive brothers. A motor spins at a specific speed. It is attached to the platter, causing it to spin at the same speed. The record sits on top of the platter.

Apart from that the two types are physically the same, as far as the tone arm, cartridge, and the other parts. But there are other functional differences, apart from how the platter spins. We’ll get to that below. DJs are the main purchasers of direct drive decks. They prefer them due to the lack of lag or resistance on the platter.

The record gets up to speed very quickly and stays at the correct speed no matter what else is happening. This is required for scratching, and also for mixing records together.

In the transitions, the beat from one track to the next needs to match. To get it in sync, the DJ needs to have precise control over the speed and movement of the platter.

There are some other people who prefer direct drives, too, but not many. Most people who enjoy listening to vinyl insist on belt drives and will not go near a direct drive.

The non-DJs who like direct-drive turntables are a very small group, and usually prefer them due to the speed accuracy they provide. Besides the obvious physical differences of one having a belt and the other not having one, there are functional differences that effect how they play the records. We also cover this in more detail in our article Belt Drive Vs Direct Drive Turntable.

Since direct drives have the platter right on top of the motor and lack a belt, the platter is much easier to manipulate, and will get to the correct speed almost immediately.

Belts are rubber and have some stretch and elasticity, and some resistance. This is not an issue for most casual record listeners, but for DJs it is a massive problem. The tactile feeling of the platter attached to the belt will cause rhythm issues for the DJ and the resistance feels very unpleasant.

Just ask a DJ to use a belt drive after using a direct drive all day and watch their face as they try to mix on a belt drive!

Direct drives have the platter right on top of the motor, and motors are noisy. There is additional hum with direct drive turntables that is often audible.

There are ways to minimize this extra noise but in general it is always going to be there. Even if you can’t hear it, it is still there. If you can hear it, read our article on troubleshooting turntable noise.

Noise is the biggest downside of direct drive decks and the primary reason enthusiasts shun them. The overall sound quality suffers with direct drives, and you will be hard pressed to find any serious record collector that has a direct drive model. Unless they are a DJ, of course. 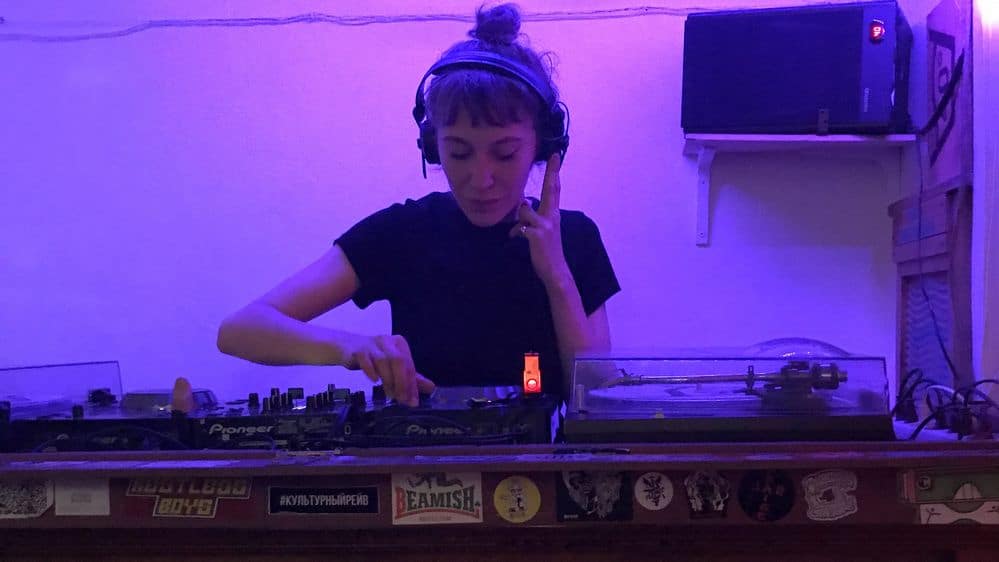 Because there are fewer moving parts, direct drives tend to last longer and need fewer repairs or maintenance. This is a big deal especially for DJs who are constantly bringing their turntables to gigs.

Carting a belt drive around from place to place could easily cause the belt to slip. Then, when you have a show to play, you are standing their with a turntable platter that won’t spin!

The other obvious benefit is the ease of manipulation of the platter. This is important when you are mixing 2 songs together.

Direct drives also have higher torque. They tend to have stronger motors which is just another reason that DJs prefer them. But for general listening, there is no use for a super strong motor.

Speed accuracy is the final benefit of direct drives. There is nothing between the motor and the platter so the speed is more accurate and will stay that way for a much longer time.

Speed accuracy is an absolute must for DJs because they will sometimes have to match the speed of a record to the speed of a digital file, which does not change. A more expensive motor can make a bigger difference with a direct drive model.

Belt drives break more often. It is just a fact of life. Since there are more moving parts and one of them is a rubber belt, things are going to break over time.

Rubber degrades over time and eventually becomes a sticky mess that must be cleaned off your components with rubbing alcohol.

This takes about 20 plus years to happen and there are warning signs before it does, like a record player spinning too fast or slow, but watch out for it. Cleaning decomposed rubber out of a turntable really sucks! Belt drives sound better. The motor is further away from the platter and the rubber belt actually absorbs vibrations caused by the motor to some extent.

Since they are built for serious listeners, the components are usually higher quality and the sound performance is greatly improved.

Audiophiles will argue with you for hours about why belt drives are superior to direct drives, and for the most part they are correct if you are focused on audio quality. There are exceptions to every rule but in general direct drives are good for DJs and only for DJs.

This is a tough question because better is relative in this world and it depends on the use. For a DJ, yes, direct drives are better.

For a normal music listener, no they are not better. It also gets a bit murky when you talk about which one is more expensive.

There are entry level models for both types of turntables that which you can get for around a hundred bucks, and higher end models where you can spend several 1000 bucks. Affordable quality players generally cost a few hundred.

There is no huge difference price wise between direct and belt drive turntables, only differences in what you need them for and how they perform.

If you wanted to get technical, entry level direct drives tend to be a tiny bit more expensive than entry level belt drives.

If you are a DJ, you will want a direct drive turntable. If you are not a DJ, you won’t. Sure, there will be exceptions, but in 99% of the cases, the above is true.